There are several mind-blowing fighting Brown dust arenas. TechSpunk creates a blog that contains information on the Brown Dust tier list and rerolling guide in 2021.

Brown Dust is one of the best SRPG that includes real combat stories and diverse levels and characters. You can easily use them anywhere you need.

What is Brown Dust?

Brown Dust is a mobile game that falls under the category of SRPG (Strategic Role Playing Game). The game currently has six servers Korea, Japan, Taiwan, Asia, Europe, and global.

This game is impressive and provides the player a chance to lead a group of mercenaries via a thought-provoking ‘story mode’ filled with extreme battles or wars and several characters to interact with.

The player will have an army of his own, and the strength of the army will gradually increase as he becomes the most potent force in the entire empire. The player can upgrade skills and gain experience as they level up the mercenaries.

There are various strategies to play this game and win. The detailing of the characters in the gameplay is fantastic, and they look like animes.

You must check the Best gaming tablet to play games like Brown dust, and Pubg mobile.

How to Reroll for The Best Character Units in Brown Dust Game?

Brown Dust consists of numerous mercenaries or characters in the game. There are several characters that you can engage in a tactical battlefield to defeat your enemy.

The characters are warriors, defenders, magicians, and so on. These mercenaries will help you fight loads of battles and demolish your opponent.

This game will give the players numerous chances to create accounts, and if the user is like this, he might get the most powerful character while playing via the new account.

The players who have barely started playing the Brown dust game, the tier list of the game, will help you choose the best character for the gameplay, which involves fighting gallant wars and combats.

Brown Dust rerolling guide will specifically help you choose the best character for the entire journey throughout your gameplay.

The steps that you need to follow while rerolling your characters are as follows:

That’s how you did it. As soon as you restart the game, you will be able to do everything from scratch, and this is how rerolling is done to get the best characters. 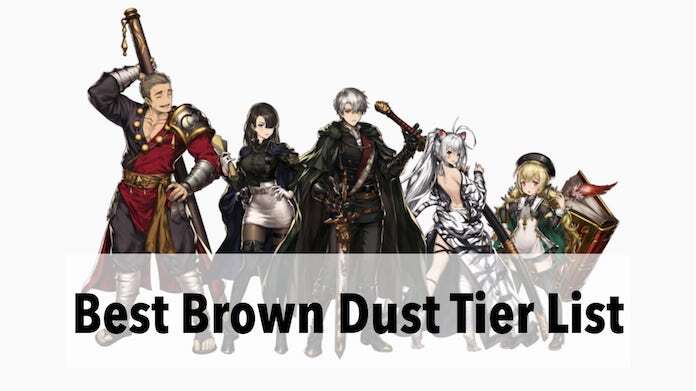 You must check below the Brown dust tier list as per star rating of brown character in 2020:

So these are the top best-rated star characters in the Brown Dust tier list. Keep in mind that future updates may affect their ranking as per gaming trends. We will keep updating our brown dust tier list as per the gaming trend.

The Brown Dust Rerolling Guide tells you exactly what to do during the gameplay. It attempts to make the game easier for the players. You are rerolling means enhancing or changing the current character in the game.

This should be done during the initial startup of the game. Characters like Seir and Lucius are the top mercenaries in the character list. One can reroll as many times according to their wish.

Above the reroll guide will help you identify the best star rated brown dust tier list of character units in the Brown Dust game. The reroll guide is something that you should focus on and expect the best outcomes of your game.