Slow-motion recording mode on the iPhone makes it simple to utilize the special effects. This process needed expensive video recording equipment only a few years ago. But what if you want to accelerate rather than slow down a video?

Well, your iPhone is capable of doing the same thing. The method you use will vary depending on the type of video you wish to speed up.

If you’ve recorded a video using the iPhone’s Slo-Mo mode and want to speed up video on iPhone, you can do so quickly via the Photos app, or else you can carry out the same via Apple’s iMovie app as well.

With the help of the iMovie app, you can quickly turn live photos into video. Look at our latest guide about converting live images to video.

Curious to know the detailed guide? Keep scrolling the page and find a step-by-step process to speed up video on iPhone in 2021.

If you have an issue with the watermark on your video, check the video watermark remover guide to remove any object from the videos.

Apple Inc.‘s iMovie also referred to as iMovie HD, is a video editing tool that comes preloaded on macOS, iOS, and iPad OS devices. It got first published in 1999 as a Mac OS 8 utility bundled with the iMac DV, the first FireWire-enabled consumer Mac.

iMovie has been a macOS-only application since version 3 and is part of the iLife suite of Mac products.

In late 2013, iMovie got given away free with the purchase of a new Mac or iOS device, and it has been available to all customers since early 2017.

iMovie video editor gets aimed towards the general public, and Apple also has a product for the professional sector. 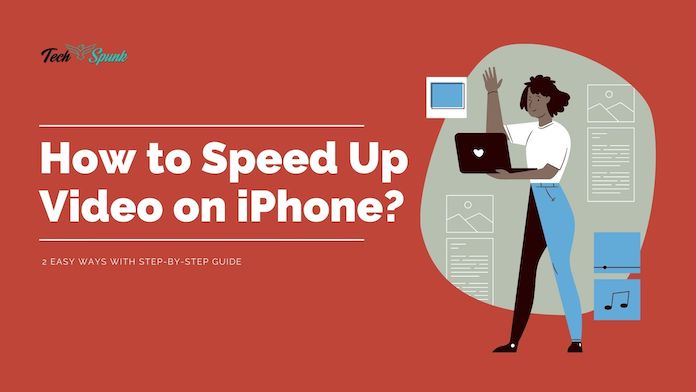 1. How to Speed Up Video on iMovie?

In iMovie, you may change the speed of video clips. The user can also fine-tune the pace of a single clip by separating it into different ranges, each with its tempo.

You could, for example, use different settings to have a clip slow down, then speed up, then slow down again.

Here are the steps on how to speed up video on iPhone using iMovie:

Screenshot from step 1: Tap a video clip in the timeline while your project is open to expose the inspector at the bottom of the screen.

Screenshot from step 6: Press the yellow scope grips to adjust the scope, then use the changeup to change the sight. Each region you choose gets represented by a vertical white line at the end of the video. 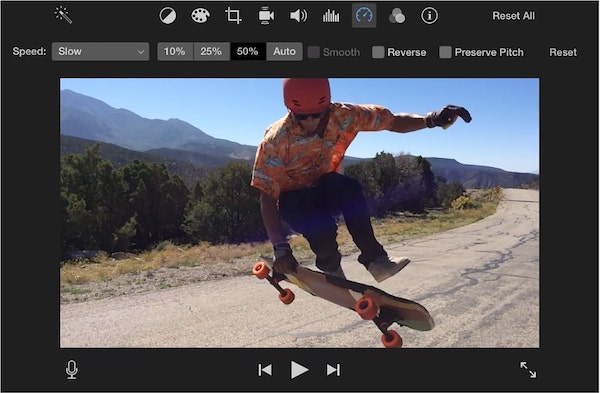 Screenshot from step 7: In the next step of speed up video on iPhone process, click anywhere outside the inspector to dismiss it when you get done.

Screenshot from step 8: Go to Project Settings and select “Speed changes pitch” from the drop-down menu. 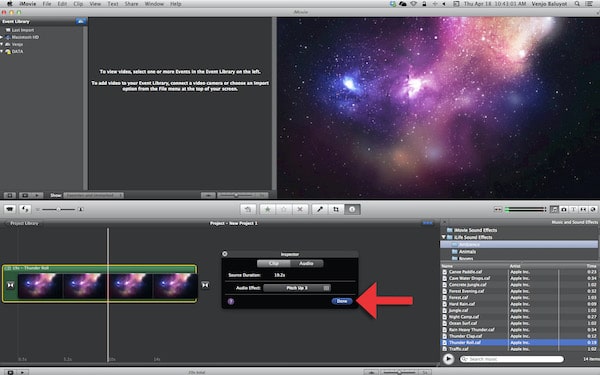 2. How to Speed Up Video on iPhone Gallery?

Using the Photos app, which comes pre-installed on iPhones, is perhaps the simplest way to alter video speed from slo-mo to standard. Your iPhone’s slo-mo films get saved there and can get sped up with the editing tools included in Photos.

Comply with the following guidelines to know how to speed up video on iPhone:

This is all about how to speed up a video on iPhone. We hope you’ve enjoyed reading the same. You have two options for speeding up a video on your iPhone.

Install Apple’s free iMovie program, which allows you to speed up or slow down any video if you wish to speed up footage that got recorded at a regular speed.

If you want to speed up a slow-motion video, you can do so in the Photos app on your iPhone, where you can either restore a regular speed or remove the slow-motion section entirely.